Aneta Korobkina performed at the Young Hospitality Leaders Competition for High School Students, organized by Interstudy with the support of the Swiss Education Group. 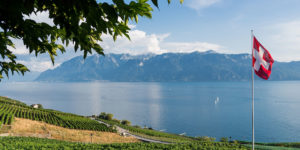 On February 8, the final stage of the Young Hospitality Leaders Competition for high school students was organized by the Interstudy with the support of the Swiss Education Group. In total, about 50 senior school students from Yekaterinburg took part in the competition!

In stage 1 of the Competition, the guys wrote an essay on the topic Smart technologies versus traditional concept in hospitality industry. The participants showed the high level of proficiency in English grammar, a wide vocabulary and originality of ideas!

Stage 2 of the Competition was held on February 8, the guys took part in the “brain slaughter”. They were divided into 5 teams, each team received a case on the topic of hotel and restaurant management. Cases were formed by specialists from the hospitality industry and basically had problems faced by real businesses.

The jury of the competition included representatives of the hotel and restaurant business of Yekaterinburg, as well as business coach for leadership and customer service Aneta Korobkina and Camille Hosseini, a representative of the competition sponsor – Swiss Education Group.
According to the results of the jury’s evaluations, the winners of the Competition in the individual competition were determined. This year, it was decided to give the main prize to 2 participants at once, this is the first time! The sponsor will pay them a flight, a hotel and study tours to universities that graduate cool hospitality
specialists!

The best solution for the case (the winning team) was chosen by the participants themselves and the jury by secret ballot. The best team was awarded certificates, and all participants in the competition received delicious Swiss chocolate!